We have been talking much about the pending birth of an iTablet and how much Steve Jobs is involved in it’s conception and fruition. Rumors are ramped and new signs are showing every day.Now there is another development bringing us closer to the reality of the tablet.

That is Mchael Tchao former developer of the Apple Newton(remember it?) has been taken on as Apple’s new VP of Product Management(this according to the NewYork Times).

To refresh your Memory on the very important but short-lived Newton (via pcworld):

In 1993, during Apple’s dark ages (read: no Steve Jobs), the company launched a handheld digital organizer called the MessagePad. The device ran a specialized operating system called Newton, and did almost everything a personal digital assistant (PDA) can do today, including note-taking, contact management, e-mail, beaming, wireless connectivity (via a wireless pager card), and desktop syncing.

Apple produced eight MessagePad devices, and also licensed the Newton OS for use on third-party units. But the Newton concept never really caught on, and by 1998 Newton was one of several product lines terminated by returning CEO Steve Jobs.
I had a closet full of emates for my students which i loved and still work today except that they are no ;onger supported.

Michael Tchao was part of a team of Apple executives and engineers behind the Newton project. He is said to be responsible for convincing former Apple CEO John Sculley to approve Newton after Apple’s research and development department said no to the project. Tchao left Apple in 1994, a year after Newton launched.

As Steve jobs was not on board when Tchao was pushing the Newton, this promises to be an interesting team effort. 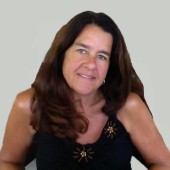 More Hints That New Gen IPhone is on the Horizon

Is Circuit City Back From The Dead?