If you want to browse the web on your Wii, but didn’t want to fork over some cash to do so (and did not get the application when it was free in 2007), you can now start up your Wii and get surfing. The Wii Internet Channel, a web browser for the Wii from Opera was previously 500 Wii Points, but starting today, it is available for no cost. If you purchased the Wii browser before, you will be getting a credit for one free game download later this year.

The browser also received an update and now includes Flash Lite 3.1, so it will likely support basic Flash content like YouTube, but no Hulu or Netflix streaming. This means the Wii and PlayStation 3 now both include basic web browsers with Flash support and the only lag behind is the Xbox 360. In Microsoft’s defense, they are working on directly building content into the NXE, instead of providing users with their choice of content via a browser.

The Wii web browser was developed by Opera and was designed from the ground up to work with the Wiimote, so it supports the same web standards as the desktop Opera client. To add to that, Opera also developed the browser on the Nintendo DS. For more information, or to download the Wii Internet Channel, check out the Wii Shop Channel on your console. 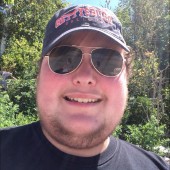